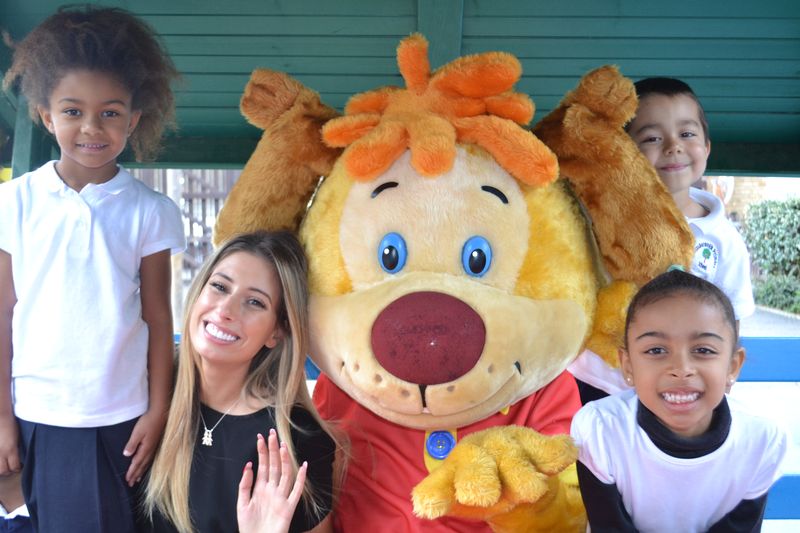 As part of iChild's promotion of CHF's Pip Ahoy! show, a "Pip Ahoy! Month" was developed by Family & Education, and over 1,000 nurseries, pre-schools,and primary schools took part, with involvement from more than 70,000 children. The winning school was Gainsborough Primary School who received a visit from Stacey Soloman and Pip.

Following iChild's promotion of Pip Ahoy!, the show is now No. 1 rated.

The Newham Recorder featured the visit...

Many children dream of meeting their favourite cartoon character, and for pupils at Gainsborough Primary School, that became a reality.

The duo led the school in a singalong and each class were able to ask a question to the special visitors.

Stacey said: “I was so excited to be visiting the children at Gainsborough Primary School and loved their passion for the show.

“They were so welcoming and engaging that I did not want to leave.”

The visit came after the school won a nationwide competition by iChild, which produces educational resource packs to accompany the show.

Teacher at the Berkshire Road school, Samuel Cullen, said: “The children have been so excited about Stacey and Pip visiting the school that we have had to contain their anticipation all week!

“Pip Ahoy! is a particular favourite amongst the children and we have loved using the Pip education resource packs that have been produced as part of our lessons.

“Using children’s characters is a great way of helping children to get enthusiastic about learning.”

The show follows the adventures of a mischievous pup and his friends who live in the colourful seaside town of Salty Cove, and stars Sir David Jason as the voice of Pip’s uncle.

This is only a preview. Your comment has not yet been posted.

The letters and numbers you entered did not match the image. Please try again.

As a final step before posting your comment, enter the letters and numbers you see in the image below. This prevents automated programs from posting comments.

Having trouble reading this image? View an alternate.